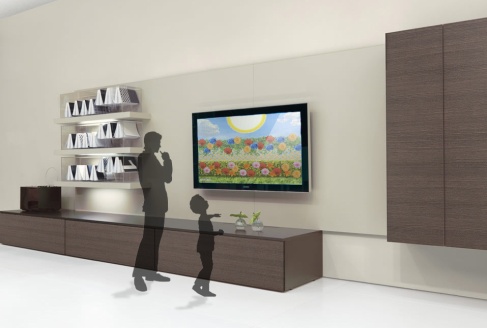 Growth is the act or process of growing– the gradual development over a period of time. Time is very important here. Growth occurs over time. Gardening, in its purest sense, could be considered a time-base art form and a very interesting art form at that. The hyacinth that resides in the garden space is not conceived of and designed by the gardener. The color of the plant, the size and shape of the petals, the unique aroma and all other genetic information distinguishing it from other similar plant species is contained within the tiny seed.  Instead, the art of gardening is, in fact, the creation of a sort of Rube Goldberg device. It deeply involves the putting into motion of a chain of events, which ultimately leads to the creation of a pleasurable aesthetic experience.  One simply creates the right conditions whereby the hyacinth can begin to exist. From here, time takes over. Of course, the gardener’s job does not stop. There is still plenty of weeding, watering, pruning, and tending to of the garden. All are important for the hyacinth to thrive. However, gardening is a process; a process that can only shaped through the parameters of time. This aspect of the art form has been all but lost in today’s world. Today one simply makes a trip to the local nursery and chooses from a large selection of pre-grown, pre-potted plants and shrubs to be re-located and arranged in a specific fashion. These “arranged” gardens are not truly “grown”. This is no more a creation of art than a when a curator arranges paintings in a museum gallery. One could argue that it is still a laborious process that occurs over a period of time. The actions associated with the keeping up and tending to of the garden still occur, however, these actions no more resemble the creation of art than the restoration of a painting done by a previous artist. The aspect that becomes lost is the experience. In a high-speed world of ever-increasing instant gratification, seclusion from nature, and integration of technology, who has time to truly experience the art of gardening? This is a question that is addressed through the juxtaposition of the garden experience with technology in virtualGarden.

virtualGarden is a time-based digital experience that is truly a contradiction.  By combining the natural with the technological, it brings to mind big issues involved in our tech-centric world– a world that has begun the process of shutting nature out of our artificial bubble. The piece seems almost to unapologetically facilitate that move. However, once one has moved past this curiosity they will discover a truly enriching experience. virtualGarden allows users to have a distinct role in the growth of a unique artwork by simplifying the steps necessary to maintain a “living” garden. By doing so, it brings attention to the aspect of time, and how time influences the outcome of the piece. The user must simply control the amount of virtual sunlight that the plant life receives, in order to continue the growth process. The concept of growth through the passage of time is prevalent in virtualGarden. Little effort by the user is needed in order to facilitate the “growth” of the artwork. The most important ingredient is steady attention over a long period of time.

Technically speaking, virtualGarden is a program made using the open-source programming language, Processing.  Upon running the program, an 800 x 600 window appears displaying a scene. The scene is that of an outdoor garden with grassy area, shrubs, and a latticework fence. Above the garden the sun and clouds sit in the sky. Tiny flower buds dot the garden greenery promising the beginnings of what could become a beautiful, unique, garden artwork. The canvas is set and the user can begin work on the piece. The primary tool used for creating the piece– time. The sunlight from the sun allows the flowers to grow. Too much sunlight, however, causes the flowers to shrink. By simply scrolling the mouse over the sun, the user can prompt the clouds to cover it, and create shade. A small status bar, located in the bottom-right corner of the window, indicates how much sunlight or shade the flowers need. Keeping the indicator in the center of the status bar allows for strong steady growth of the flowers. It is an incredibly simple task, which could be completed by a child. It is also a constant responsibility that must be attended to regularly. The program could be run from a personal laptop, allowing an individual to keep up with his personal garden, share photos of it, and compare it with a friend’s. A large display screen running the program could be placed in the family room of a home. This way family members could take turns, thereby sharing the responsibility.  The screen could also be installed in a local public place. An entire community could take part in the cultivation of a virtualGarden!

The future possibilities of a simple program like this are almost endless. The vast majority of which, I have not been able to explore through this project. If one attempts to speculate on how the program could be built upon for future installments, it can be discovered quickly that the program opens itself up to development on many levels. The issues of customizability, online access, and touch screen compatibility are all key elements that could be expanded upon.

The piece, in its current version, does not lend itself to much customizability in experience. In other words, if two users have equal amount of diligence in tending for their garden, their respective gardens will grow at the same rate and produce the same final result. In order to inject this aspect into the experience, the user could be allowed to choose which flowers they want to include in their garden. This could be easily accomplished in the current interface by allowing individual types of flowers to thrive in different levels of sunlight or smaller intervals of sunlight and shade. In this version, a lazy gardener would have a much different garden than an attentive gardener. One individuals garden might only consists of roses, while another contains every flower available. Users could be allowed to initially select where the flowers are positioned on the shrubs. They could write messages to a friend or organize their garden however they please.

Online connectivity between different devices running the program or, perhaps, the program itself being incorporated into a website could also increase the diversity of experience. Many users could collaborate from anywhere in the world to create a community garden. Individual users could compare “snapshots” of their gardens online or share tips for the best methods for growing different types of flowers. Flower packs and other forms of downloadable content could be made available for users to further increase the customizable aspect of their gardens. Users could also tend to their gardens on different devices throughout the day, by keeping save files on the website’s server. This allows them to gain access to their garden from anywhere in the world at anytime.

The final additional element that will be discussed is touch-screen capability.  This is fairly straightforward in the way that it is implemented. The program is written for touch-screen capability, to be used with a mobile device or touch-screen display. It brings the user physically closer into the experience and allows them to “touch” and use their hands while manipulating their garden. While they won’t literally be getting their hands in the dirt, it would create a sense of intimacy that one doesn’t get through a more indirect method such as a mouse, keyboard, or controller of some kind.

Although these additional elements would increase the range of experiences with the piece, the current stripped-down version still maintains its core purpose. To provide a rich user-guided, time based experience that leads to the creation of a unique work of art.

As the artist, I have a set a canvas for the user, whereby they interact with the piece through my prescribed parameters.  In that way there is a communication between artist and user. In Myron Kruger’s VIDEOPLACE, users communicate in a responsive environment. The project consists of two or more rooms connected though the use of a camera and projection screen. Users inhabiting the room are able to interact with those in the connected room, indirectly through the video projection. They can alter their projected image by shrinking, rotating, or coloring.[1] Here he has set up parameters by which the users interact with an environment in a specific way. Another of Kruger’s pieces, METAPLAY, is more closely related to virtualGarden, in that the parameters are set to allow a communication between artist and the user.  In this piece, Kruger creates a real-time link between artist and user, which allows them to have a two-way conversation. The user enters a room and sees their own image projected on the wall, as well as any graphical images drawn by the artist. The artist is located in a separate building.[2] virtualGarden also creates a conversation between artist and user, in which the artist creates the language and the users generates their own experience based on this language. However, in virtualGarden, it is closer to a one-way conversation. Once the artist has set the parameters, they are not changed.

In virtualGarden the concept of time plays a prominent role. The piece is a moving, living work of art. In John F. Simon’s Every Icon, every square of a 32 x 32 grid consists of either black or white pixels. It is either displayed a panel or can be viewed online. The piece is time-based and, over time, will eventually display every possible combination of black and white pixels in the grid. The first line takes approximately 1 year to complete, however, the second line would take over 5 billion years! [3] Just think how many lifetimes would be needed to see the piece to fruition! Another of his pieces, Color Panel v 1.0, is also a time-based study that is ever changing. In the Color Panel series, the composition unfolds before the eyes of the viewers. The visuals are driven completely by the algorithms written into the code. Compared to Every Icon, this program runs for a relatively short amount of time– about 100 years. It consists of a custom made lcd panel that displays animations portraying different pixilated color possibilities. These studies are based on explorations done by various color theorists. It operates according to the parameters and algorithms set by the artist. The piece serves to expand the definition of the art object into something that is both an object and dynamic. [4] In virtualGarden, however, there is an added element– input from the user.  The user has a hand in creating the piece as well as the artist. There is no need to create a series of varying designs, because each individual’s contribution will be different than the next. In this way, the user is more intimately involved, because they have had a hand in creating the artwork. The timeframe is also different. Because someone other than the artist drives the piece, the length of the experience for each user will differ. Similar to the growth cycles of most plants, this program is design to run for about 3-6 months.

Through inspiration derived from the aforementioned artists, virtualGarden was imagined to take on a life of its own from the moment it is installed. The piece will never be the same as the last time you saw it. Each viewing is a new experience that brings to mind the concept of the passage of time. Like an hourglass, the sands are always shifting until they finally settle (or until the glass is tipped over). The user has a distinct role in guiding the piece towards its final form. What may not even be recognizable to some is that the art comes in the experience, which is something that is truly unique.